In the spring of 2015, Stanford University made a big splash on the pages of Money, the Wall Street Journal, and other reputable news sources by announcing that all students whose families earn less than $125,000 per year in income will receive “free tuition” to the university.  In those same articles, it was revealed that any student whose family earns less than $65,000 per year in income would also receive “free room and board”.  Some pundits wondered if other prestigious universities like Harvard or Yale would keep pace with Stanford.  What most of these articles failed to reveal, and what most of those pundits failed to research, was that this financial aid program was neither new nor revolutionary.

Further, prestigious institutions like Harvard and Yale already had similar programs, although Stanford did manage to increase the threshold dollar amount beyond that of the other two. On the other hand, the article Money, an imprint of Time Warner publications and published on the internet by CNN, noted that Princeton University, another highly prestigious university, already offered better financial aid options to its incoming freshmen.

Ultimately, the concept of “free tuition” is an oxymoron.  Tuition is the cost associated with attending an educational institution, whether a pre-school, private grade school or a college or university.  When a student is able to attend a university such as Stanford or an equivalent institution, the school does not waive tuition when that student’s family earns an income below the thresholds described in those articles.  The student still owes that money in exchange for attending the college.  The cost, however, is paid by a scholarship instead.

A scholarship is earned money. Students earn scholarships through a variety of methods, such as academic achievement, athletic prowess, artistic excellence, membership in a particular community, socio-economic need, or a combination thereof.  What is being described in the articles about Stanford and the other universities is that these schools have increased the pool of students who qualify for full scholarships.  While it is true that these students do not necessarily have to pay for college out of pocket, they will still receive a bill.  That bill, however, will show that most of the cost of college is already covered, i.e. paid for, by one or more scholarships through the college’s financial aid office.

This is all generally good news for the majority of students applying to these prestigious universities since most high school graduates in the United States come from backgrounds of economic disadvantage.  Even with an increase in scholarship funds at prestigious universities, the news is not all good.  Attending college incurs costs for students beyond tuition or room and board. Students must often still pay for books and technology like personal computers or tablets, and students must also consider expenses for travel, clothes, bedding, and personal effects including toiletries.  These expenses are unusually not covered by financial aid scholarships.

More importantly, not all colleges and universities are as large or prestigious as schools like Stanford, Princeton, or Harvard.  Those schools have endowments – basically savings accounts funded through alumni donations – worth billions of dollars, and can afford to offer scholarships to a large percentage of incoming freshmen.  Those schools are betting that some or more of those freshmen will graduate and move on to great wealth, achievement, or fame, and return to donate money in the future.

Small private colleges and public universities often do not have endowments matching those of the most prestigious schools.  Small colleges may be too young, too historically local, or cater to too niche a population to have built a large endowment.  This limits the ability of a school like that to offer a large number of scholarships or any number of full scholarships.  Public universities, also known as state schools, have strict budgets set by state legislatures and some of them were not allowed to even accept donations from alumni for much of their history.

So while the most prestigious, and often most expensive, colleges and universities increase the number of students earning scholarships and increase the value of those scholarships, students attending the majority of the rest of colleges will not see any such financial relief.  Instead, most students will continue to see the cost of higher education rise, making a search for alternate funding, including third party scholarships, more important than ever. 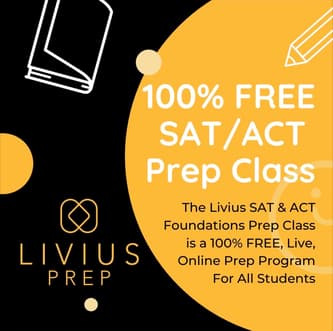